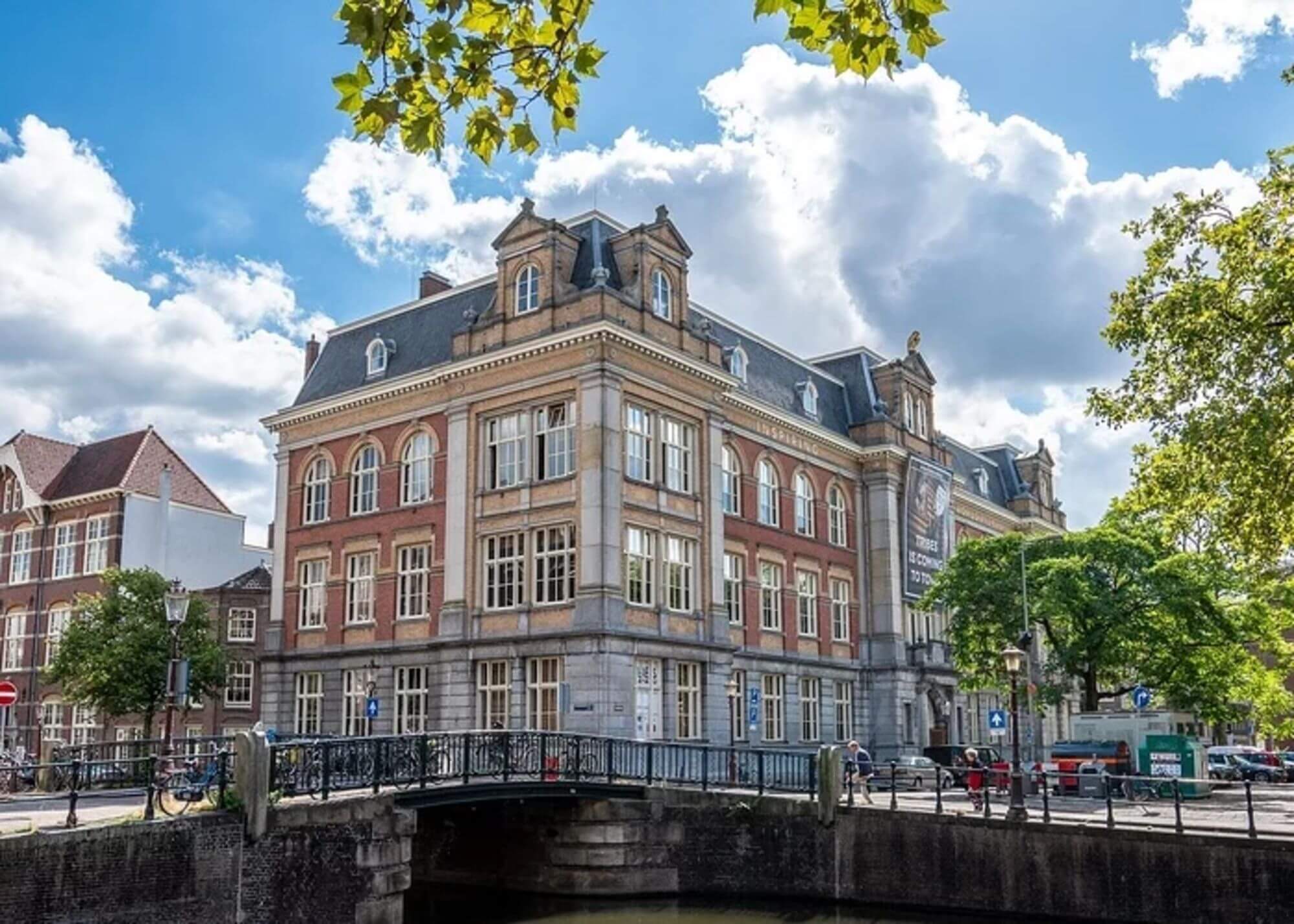 Tribes Inspiring Workplaces has rediscovered two tile pictures from 1900 in its office on the Raamplein in Amsterdam. Both tableaux are a gift from former students of the Openbare Handelsschool (Public Trade School) and show the school on Keizersgracht and later on Raamplein. The tableaux were covered with mirrors at the time of the renovation of Eyeworks' headquarters in 2013, causing the tableaux to be hidden from view.
Tribes moved into the Raamplein in November 2019, and has offered inspiring workspaces, meeting rooms and offices in the monumental building ever since. Visitors often drop by because of the history, and have also been asked about the tableaux several times. Chief & founder, Eduard Schaepman: 'After a tip from Danielle Oerlemans, who of course, together with Reinoud, was in the building before us with Eyeworks and later Warner Bros, we decided to restore the tableaux to their former glory'. Both scenes show the Openbare Handelsschool, which was established at the current address in 1901. The tablets can be found close to the entrance, in the vestibules to the left and right. One of them shows 'The House with the Heads', at the former address of the Openbare Handelsschool, Keizersgracht 125, and dates from 1901. The tableau is a gift from former students of the Openbare Handelsschool at the opening of the new building on Raamplein 1. The new building is portrayed on the other tile picture from 1905, again a gift from former students and on the occasion of the 25th anniversary of Dr. J.H.H. Hülsmann, the director of the public trade school. The 1905 tile picture mentions Lijnbaansgracht 220, because the present building is located on a submerged part of Lijnbaansgracht, which was called Malagaplein for a while but renamed Raamplein in 1913. Both tableaux are by painter Hendrik David Schild (1872-1928) and factory Rozenburg and are part of the National Monument. They are in very good condition. Nomads All Over The World

Who are the Inuit People?